Jens Naumann was 17 when an accident sent a fragment of metal from a railway line flying into his left eye. Three years later, a metal sliver from a snowmobile clutch destroyed his right eye, plunging him into total darkness. Naumann’s book Search for Paradise recounts his desperate quest back to the light, primarily as biomedical engineer William Dobelle’s “patient alpha.” In the 1970s, Dobelle had shown that electrically stimulating visual brain areas (the visual cortex) caused people to perceive spots of light, or “phosphenes.”

The engineer’s goal was to develop a “bionic eye.” The apparatus would consist of a head-mounted camera that feeds video to a computer processor, which would then send electrical signals to electrodes implanted in the visual cortex, generating visual perceptions. Naumann became Dobelle’s most famous patient after traveling to Portugal for surgery in 2002; the FDA had banned the procedure in the U.S. as not having been proven to be safe. His anecdotal accounts of perceiving crude outlines remained the only evidence researchers had that perception of shapes was possible using such a device, because data from these procedures were never published. The device degraded after a few months, and Naumann’s newfound visual world faded away, but he has continued to campaign through the years to move the technology forward.

A more sophisticated version that moves the technology closer to routine practical use in people has now been built and tested in monkeys. A team led by neuroscientist Pieter Roelfsema, of the Netherlands Institute for Neuroscience, has demonstrated perception of position, orientation, motion, and letter shapes, in two sighted monkeys. The study, published December 3 in Science “is a technical tour de force,” says neurosurgeon Daniel Yoshor, who was not involved but co-wrote an accompanying commentary. The device needs further development before it is ready for use in humans, but the work brings nearer the dream of restoring vision to people who have none. The approach is the only possible treatment for people without functioning cells in the eye—a group that includes some glaucoma and diabetes patients and those who have experienced a physical trauma.

In the new study, the team used 16 arrays, each a grid of 64 electrodes, for a total of 1024 electrodes. “We tiled a large fraction of the surface of the cortex, thereby creating an interface with a large fraction of this map of visual space,” Roelfsema says. The visual cortex has a property known as “retinotopy,” which means that visual space physically maps onto areas of the cortex, allowing researchers to generate phosphenes at specific points in space. A series of experiments showed that the monkeys could identify the position of individual phosphenes, the orientation of lines consisting of two phosphenes, and the direction of motion implied by stimulating two sequentially. Finally, monkeys who had been trained to recognize letters seemed to be able to identify letters generated from between eight and 15 phosphenes. The phosphenes were generated without using cameras by directly stimulating electrodes, and the monkeys indicated responses using eye movements.

Other groups are working on the same problem, and one is already testing devices in humans. A California company, Second Sight, is developing a system called Orion in six blind people in an FDA-approved clinical trial. Like Dobelle’s system, Orion uses electrodes that sit on the brain’s surface that avoids the tissue damage and inflammation that arises when using “penetrating” implants, which results in a loss of performance over time. A disadvantage of this method is that currents required are relatively high, limiting the number of electrodes that can be used safely. “You don’t want to induce epilepsy,” Roelfsema says. The new study from the Netherlands group used penetrating electrodes, which require less current. “We used thin needles, so we can activate just a few cells, with relatively mild currents, a hundred times smaller than you need with a surface electrode,” Roelfsema says. Most significantly, the new device has far higher resolution. Where the new system has 1,024 electrodes, the Orion implant has 60, limiting recipients to detecting areas of dark and light.

The vision this device might generate would be crude compared to the richness of natural vision, but still provide a substantial benefit. “When you start at nothing, 10, 20 percent is game-changing,” says Neena Haider of Harvard Medical School, who was not involved in the work. “It gives you a window into how to navigate the world.” But obstacles remain before this technology sees human use. First, implants must be wireless—and other groups are making efforts to develop wireless brain implants. Next steps also need to measure the physiological consequences of penetrating implants, Haider says. “What cellular responses are happening in the brain?” she asks, regarding both acute and long-term effects. “Biocompatibility” remains an issue, but solutions may be at hand. “We’re working with groups that develop thin, flexible electrodes,” pushed into the brain using rods that are then retracted, Roelfsema says. “First impressions are these new materials are very stable, but there’s still work to do.”

Better understanding how the brain processes visual information will also help. “There’s a hardware challenge and a software challenge,” Yoshor says. “Sometimes people neglect the software element, which is how we stimulate the brain.” Yoshor is one of two neurosurgeons who have implanted Orion in patients, and he and colleagues recently published a study  exploring its capabilities. “It’s easy to make patients see spots,” Yoshor says. “But when we try to combine them, like stadium lights, it’s much harder to get patients to perceive a coherent form.” The research team wondered whether exploiting the brain’s propensity for detecting changes in stimulation might help. “If we stimulated six electrodes simultaneously, patients saw inconsistent blobs,” Yoshor says. “But when we swept across the brain, patients were immediately able to detect visual forms or letters.”

The processing performed by the visual system is incredibly complex, but deeper understanding of this processing, together with more sophisticated stimulation technologies, will continue to advance these devices. Yoshor likens the problem to playing music. “It’s like the difference between playing a chord and banging a piano with your fists,” he says. “If you input information crudely, you produce a cacophony; it has to be done in a way that’s musical.” 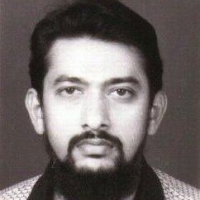